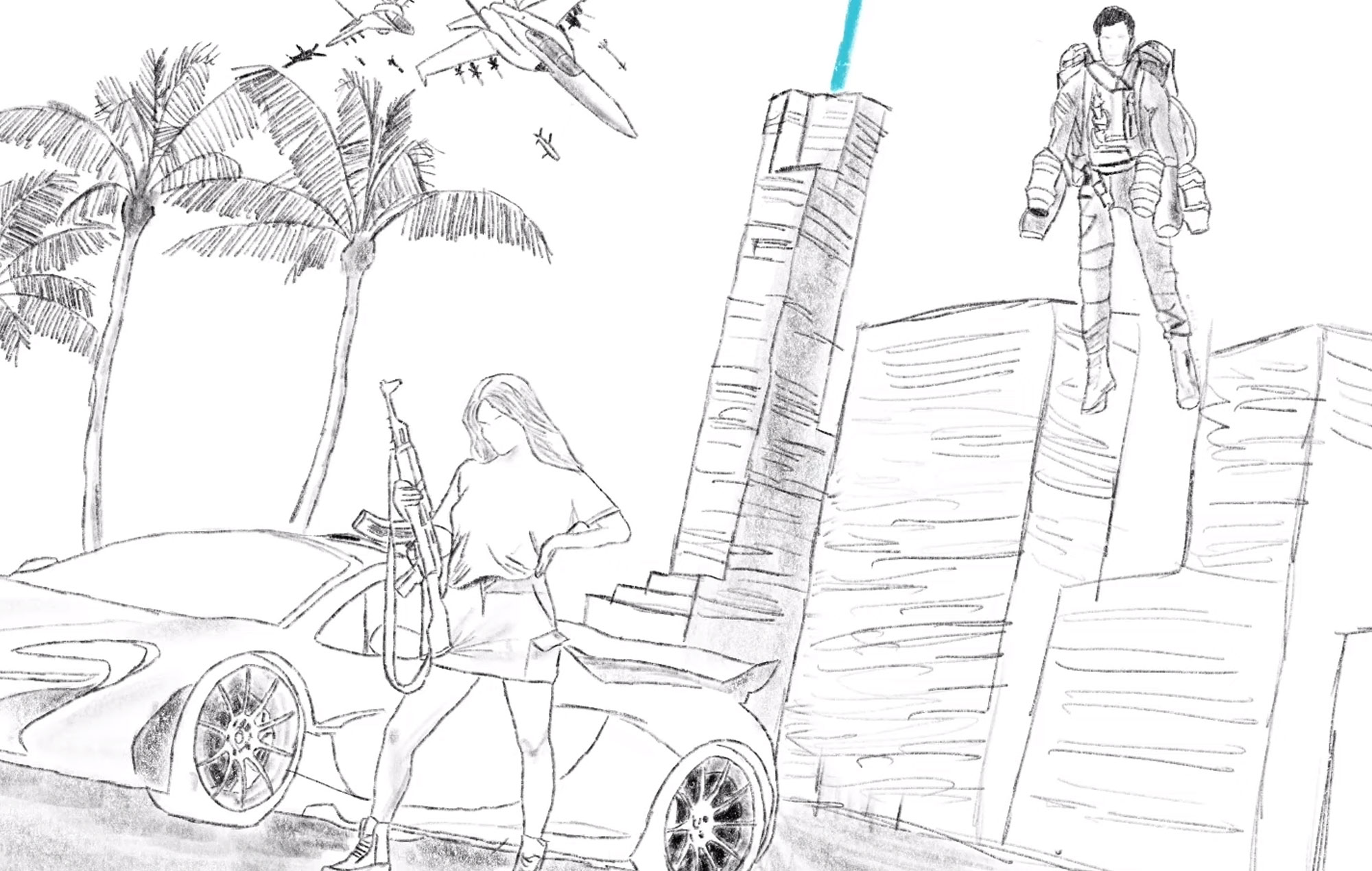 Well known Battlefield leaker, Tom Henderson, has followed up his recent Grand Theft Auto 6 leaks with a drawing of what looks to be a poster for the game.

The video from Henderson, a reliable and prominent source of Battlefield leaks, sees him draw a woman with an assault rifle standing in front of a sports car, backed by a modern cityscape.

Jets fly over palm trees as a character uses a jetpack device similar to the jet suits used by the Royal Marines and other military forces. The Grand Theft Auto 6 logo also shows off a neon ‘VI’ hinting at a potential theme.

Henderson coyly tweeted about the video, saying he “loves drawing concepts. Of concepts.” He followed up by saying “the drawing is of existing assets on Google. They are not direct drawings of concept art… But a concept of a concept, using existing assets. :)” suggesting that there are Grand Theft Auto 6 assets available online.

In the past, Henderson has used drawings to communicate information, such as an early sketch of a scene from the Battlefield 2042 trailer in early April.

Industry journalist Jason Schreier has confirmed that Henderson’s information has been correct in the past, with a recent tweet saying “Idk why everyone thinks that I said GTA VI was coming in 2023. Everything Tom Henderson has said about the game matches up with what I’ve heard”.

Idk why everyone thinks that I said GTA VI was coming in 2023. Everything Tom Henderson has said about the game matches up with what I've heard

Late last month, Henderson released a video that rounded up everything that has been told about Grand Theft Auto 6 from insiders, including the fact that one of the leads will be a woman responsible for “things such as technology and hacking.”

Henderson has also said that he does not expect to carry on giving information on Grand Theft Auto 6, as he doesn’t see anything releasing until at least next year.

In other news, Supermassive Games horror series The Dark Pictures Anthology has had its next instalment named The Devil In Me.

The post A known source of leaks has drawn a ‘Grand Theft Auto 6’ scene appeared first on Askhiphop.